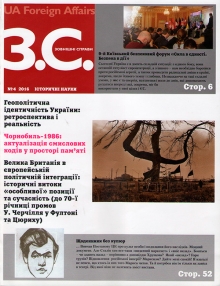 The role of Embassy in preparation of the highest level visits is analyzed in the article. The specific affairs, implemented by the Embassy of Ukraine in Hungary during 2005–2010, are specified. Among them are the following: establishment of the monument to Taras Shevchenko in Budapest; construction of the memorial to Hungarian war prisoners and interned citizens in Brianka, Luhansk region, who died in NKVD camps during 1944–1950; opening of the memorial plaque to Sich Riflemen in the village Voriuloposh, Nirtelekskiy municipal government; opening in Budapest of the memorial to the victims of the Holodomor of 1932–1933 in Ukraine, establishment of the monument to the great Hungarian poet and revolutionary Shandor Petefi in Kyiv.