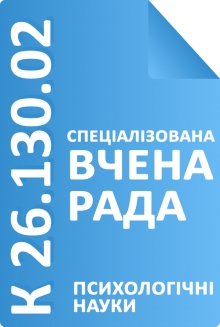 Rafikov О. R. Social optimism as a component of organizational culture of a modern university. -Manuscript.

The theoretical and empirical analysis of the problem of social optimism as a component of the organizational culture of the modern university is carried out. Social optimism appears as a new social quality of individual optimism, which is formed as a result of the influence of spontaneous and organized social influences, and is represented in individual and group consciousness as a system of representations and guidance to interpret social reality and to predict a close and distant future.

The theoretical model of the social optimism establishment was drafted according to theoretical analysis of the professional scientific literature. It has such ideas: social optimism is formed and arises based on a legacy and natural optimism gained in early childhood (“the base confidence in world”; it has social nature a priori and “unfolds” under the effect of social influences in socialization individual’s process, and in gaining him the social experience depending of him interpretation and assessment of this experience. It was happening as due to external influence, on the one side, and due to the own experience, on the other. Guidance allows to analyse any event or phenomenon on three levels: locus of control; stability, and global. It helps person to choose the right decision based on this analysis about strategy of overcoming or interaction with situation that needs to be accepted in this case.

formation that allows person to use it as a resource of prevention and overcoming difficulty of world outlook, consciousness, social, and communicate nature. In addition, social optimism is an extremely relevant for the theory and practice of individual and mass social communications.

The picture of social optimism among its holders is improperly mainstreamed and mainly implicit. However, with the aid of special procedures of reconstructing that were elaborated at schools of experimental cognitive psychology and experimental psychosemantic, it may be updated, reproduced, and explicated as the models pretty appropriated for interpretation the social optimism meaning and for definition of the social optimism forming reasons.

Based on the factor analysis results there were defined components that compose the model of social optimism in students’ consciousness. It is built on the six point axes: 1) personal identity; 2) social activity; 3) positive thinking; 4) high self-evaluation; 5) openness and confidence in world; 6) stress management (as opposition to neirotism). During the content-analysis (of social optimism visions among the college professors) processing, majority of the experts considers social optimism as a positive world perception, the belief in abilities to make this world better, the belief in success and people happiness in their home country. In this case, the positive perception, or belief are related primarily with the future. The factors of social optimism are grouped by the experts: 1) internal that means the factors of person inner world and mostly formed in childhood; 2) external, including the factors of physical and social world, gained in socialization process; 3) the aspects of social and communicative competence that define quantitative and qualitative indicators of social interaction actors communication. The latter are the active communication with social world; cooperative effort for its improving; social mobility; optimization of interaction with members of their organization and its external environment; personal, social and communicative tolerance etc. – define the instrumental power of social optimism and comprise a strong resource of its forming.

The common features and differences between the theoretical model of social optimism and empirical counterparts are revealed, which is expressed in the fact that the theoretical model takes into account more the ability to reflect and understand their own experiences and states. In addition to this, the foundations for creating models and corrective programs of social optimism as part of the corporate culture of the modern university are done.